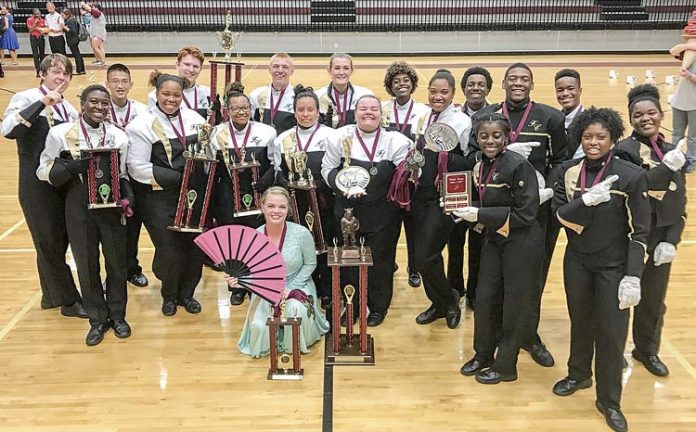 Competition season for the Fayette County High Marching Tigers is off to a grand start, having been named the Grand Champions of the 11th Annual Valhalla Classic Marching Band Competition. The band was rated the highest out of all bands competing to earn the Grand Championship title. In addition to bringing home the largest prize of the competition, the Marching Tigers swept all but one category. The additional awards they received include Gold Division Champions (includes all AAA and AAAA competing bands), Class AAAA Champions; highest scores of the day in the areas of music performance, visual performance, and general effect; first place drum majors and color guard; and second place percussion. The show, titled “Flourish,” features the music of George Gershwin: “Piano Concerto in F,” “Fascinating Rhythm,” “Someone to Watch Over Me,” “It Ain’t Necessarily So,” and “Summertime.” The band is directed by Dr. Myra Rhoden and J. Andrew McMillen. Photo/Submitted.