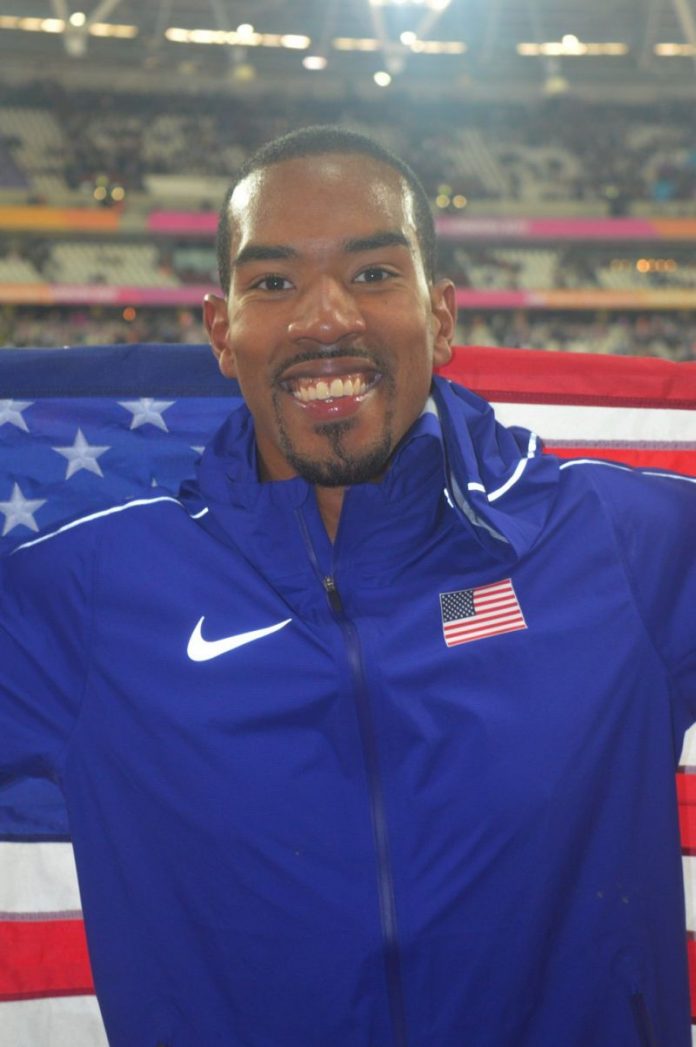 Sandy Creek alum Christian Taylor continued his world domination in the triple jump with a win last weekend before a crowd of 55,000 in the IAAF World Championships in London.

His winning jump of 17.68 meters was just enough to get past teammate Will Claye’s 17.63. This is the first time Team USA has finished 1-2 in the event.

Taylor is the first member of Team USA to win the world title on the heels of a gold medal in the Olympic Games last year in Rio. He has five of the past six global titles: IAAF world crowns in 2011, 2015 and 2017 as well as Olympic gold medals in 2012 and 2016.

He is the first triple jumper to win three world championships and also the first to win two in a row.

Taylor still seeks the world record in the triple jump, currently held by Jonathan Edwards of Great Britain who jumped 18.29 meters in 1995. Taylor jumped 18.11 earlier this year in Oregon and his personal best is 18.21 two years ago at the World Championships in Beijing. He reportedly has written “18.30” in his shoes as a reminder of what he needs to set a new record.

His first world title came in 2011 in Daegu, South Korea. He finished fourth in 2013 in Moscow.