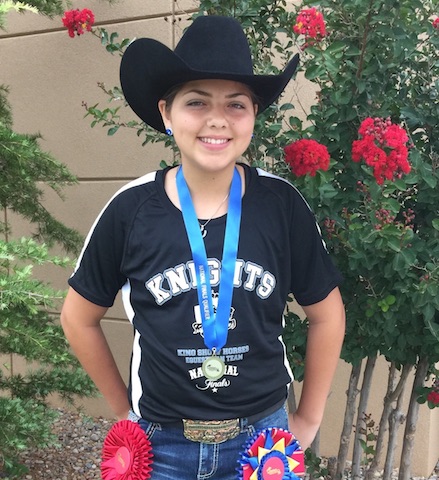 The team competing at nationals was comprised of four middle school riders representing the top team riders for the King Show Horses team. Sam competed in the Future Beginner Horsemanship class and earned a second place out of 13 of the country’s top middle school riders, earning 5 points toward the team’s 17-point national championship win (out of 78 teams across the country).

For student equestrians in grades 6-12, the Interscholastic Equestrian Association (IEA) was established in the spring of 2002. The IEA has grown from 200 participants to more than 12,500 members in 42 states across North America.

The IEA supports both Hunt Seat and Western disciplines with the mission of introducing students in private and public middle and secondary schools to equestrian sports and to promote and improve the quality of equestrian competition. To learn more about IEA visit www.rideiea.org.