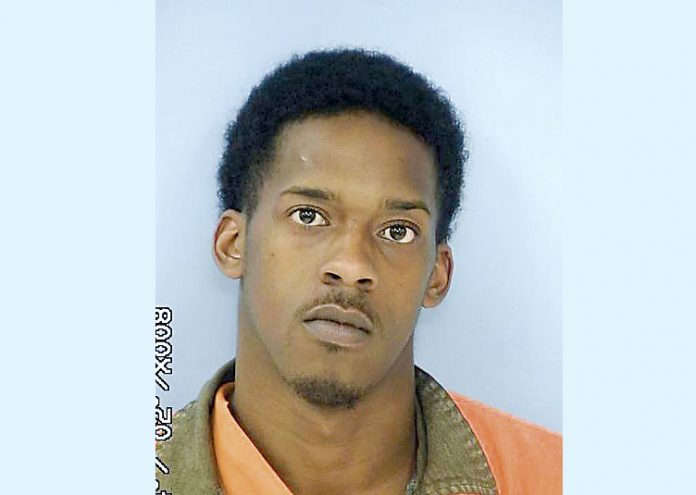 Two of the three remaining co-defendants in the Nov. 30 Simply Mac burglary in Peachtree City have been sentenced to serve 10 and 20 years in prison.

Dontavius Fredrick Hammonds, 26 at the time of his arrest, pled guilty to smash and grab burglary, theft by receiving stolen property, fleeing and attempting to elude, and various traffic offenses. He was sentenced to 25 years with 20 years to serve in prison, said Coker.

The final co-defendant, Dontavius Stephens, 21 at the time of his arrest, also pled guilty to smash and grab burglary and fleeing and attempting to elude. He was sentenced to 20 years with 10 to serve in prison, Coker said.

Coker said both men were banished from the Griffin Judicial Circuit for the entirety of the sentences, which includes Fayette County.

Previously in relation to the Simply Mac burglary, Johntavis Bailey, 24, pled guilty to smash and grab burglary, theft by receiving stolen property, fleeing and attempting to elude officers, use of a license plate to conceal identity and obstruction of an officer, according to Coker.

As a result of the trial in Judge Fletcher Sams’ court, Bailey was sentenced to 25 years with the first 20 years to be served in prison, said Coker.

Coker said Bailey pled guilty to backing a stolen car into Simply Mac in Peachtree City on Nov. 30 and engaging officers in a high-speed chase after the burglary.

In the early morning hours of Nov. 30, a Peachtree City officer responded to a burglary in progress that involved several suspects backing a stolen Jeep Grand Cherokee through the front door of the Simply Mac computer store in The Avenue retail area, Peachtree City Police Department spokesperson Odilia Bergh said at the time.

Bergh said officers arrived to find the crime in progress, and a vehicle pursuit ensued which resulted in the suspect’s vehicle crashing into the tree line off of Crestwood Lane and Hwy. 74 in Tyrone.

Two suspects were taken into custody without further incident and a third fled on foot, Bergh said.

Bergh said the third suspect was found leaving the area at approximately 8 a.m. as a passenger in a vehicle driven by a female acquaintance.

“These two individuals were then pursued by Tyrone and Fayette County Sheriff’s officers and subsequently wrecked close to the BP gas station at Hwy. 74 approaching the overpass at I-85,” said Bergh.