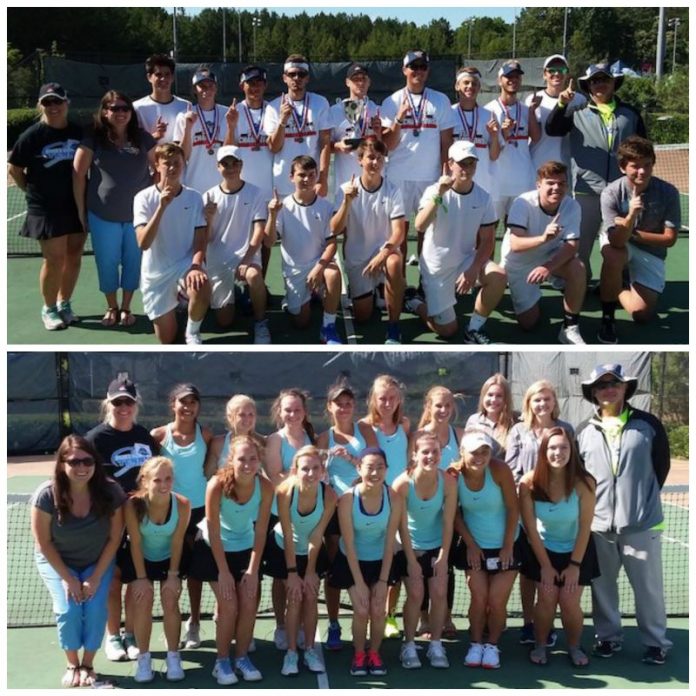 The Starr’s Mill Panthers captured their third state tennis title this decade after a 3-0 sweep over Carrollton Saturday in the AAAAA championship round of this year’s GHSA tournament at Clayton County International Park in Jonesboro.

The girls finished second in the state with a 3-1 lost Saturday to Chamblee. The team also posted a state runnerup finish in 2015 after taking the 2014 crown. They also won the AAAA state title in 2007.

Baseball: McIntosh and Starr’s Mill are still in the hunt, reaching the state quarterfinal round. McIntosh won a weather-delayed game Friday to take the second-round series against Arabia Mountain in three games. The Chiefs play a doubleheader today at Locust Grove while the Panthers host a twin bill today against Decatur. Each series will include a third game tomorrow if necessary.

Soccer: Three state semifinal matches of local interest were scheduled for Tuesday evening after press time. McIntosh was to host a boys’ match against Grady and send the girls on a road trip to Flowery Branch, who eliminated Starr’s Mill last week. Whitewater’s girls faced Buford on the road. State finals are this weekend.

Track: The state meet is this weekend.