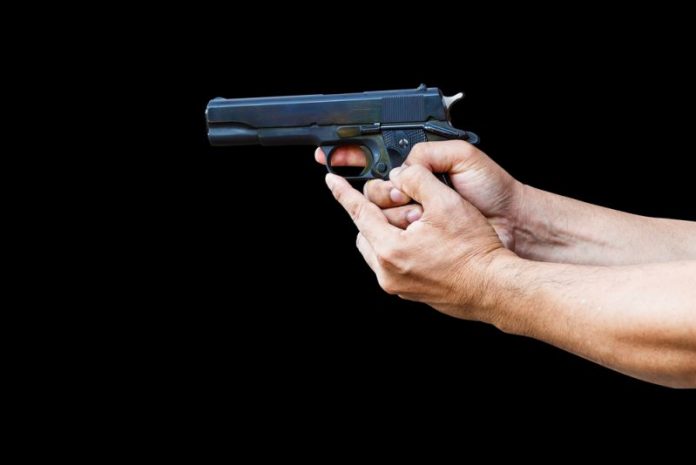 A Carrollton man died Jan. 16 along Palmetto Road outside Tyrone after a home invasion and a shoot-out with law enforcement from three agencies.

Thirty-six-year-old David Wesley Carroll died Jan. 16 after a home invasion in Tyrone, wrecking the stolen car near Line Creek on Palmetto Road just inside the Fayette County line and exchanging gunfire with officers from Coweta and Fayette counties and the Georgia State Patrol (GSP).

Coweta County Sheriff Mike Yeager on Tuesday said it was not immediately clear if the man died from the shoot-out with officers, by being self-inflicted or from injuries he received from the wreck.

The Georgia Bureau of Investigation (GBI) is investigating the incident at the request of the Coweta County Sheriff’s Office and will provide the Fayette County District Attorney’s Office with the investigation results for review, according to GBI.

Preliminary information provided by authorities indicated that on Jan. 16 at approximately 10 p.m., deputies responded to a Coweta County 911 call of a stolen car that hit a guardrail on (Interstate 85). The subject (later) exited the stolen car and left the area before Coweta deputies could locate him, according to a GBI press release.

Yeager said the man left the interstate, pulled into a yard at the Palmetto Pines subdivision on Collinsworth Road and abandoned the vehicle.

“A short distance from the abandoned stolen car, the subject then conducted a home invasion in Tyrone, looking for a vehicle. The subject was confronted by the homeowner and the homeowner shot at the subject,” the GBI press release said.

Tyrone Police Chief Brandon Perkins said the location of the home invasion was a residence on Ridge Road where the homeowner was held at gunpoint. Off Briarwood Road, Ridge Road is just over one mile from the Palmetto Pines subdivision.

Tyrone officers were called and responded to the residence, Perkins said.

Fayette County Sheriff Barry Babb deputies had responded to the home invasion call and were in the Ridge Road area when the stolen vehicle was spotted. Deputies gave chase, following the stolen vehicle to the roadblock where Carroll attempted to avoid the area, hit a culvert and wrecked the vehicle, Babb said.

The roadblock on Palmetto Road was just inside the Fayette County side of Line Creek, approximately 2,000 feet away from Briarwood Road.

The exchange of gunfire resulted when he began firing at officers, said Yeager, noting that it is not currently known what led to the man’s death, whether shots by officers, or self-inflicted or by injuries sustained after he flipped the vehicle while attempting to avoid the roadblock.

GBI in the press release said the subject exited the vehicle with a weapon and shot at officers. The officers returned fire and the subject died as a result of his injuries.

GBI said Carroll had been involved in a multi-county crime spree.

Babb said it is protocol for GBI to provide the district attorney with the results of its investigation.

Babb, Yeager and GBI said no officers were injured during the incident.