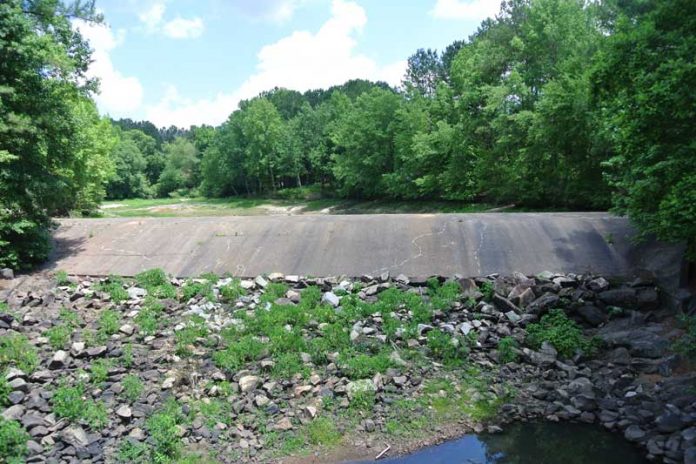 Full project to cost up to $3.2 million

The Peachtree City Council soon will face a vote to spend $300,000 for design work on the Lake Peachtree spillway project, city staff said at the April 5 meeting. Fayette County will cover approximately two-thirds of the cost of the $3 million spillway project.

City Manager Jon Rorie said he will ask for approval on April 21 to spend nearly $300,000 that will cover the schematic phase, design work, contract document development and bidding and contractor selection for the spillway.

Coming later, said Rorie, will be an estimated cost of $230,00 for construction administration and project closeout costs.

The big ticket item will be the spillway itself. The spillway construction and the previous costs of more than $500,000 will total up to $3.2 million.

Per a November 2015 intergovernmental agreement with Fayette County, the county will provide $2 million to bring the Lake Peachtree spillway to Category 1 status and will credit the city $1 million for future dredging.

Rorie said the city will need to make up the difference on the spillway project.

The design phase will include deciding on one of four potential spillway options.

Rorie said the potential plan calls for construction to begin in September 2017 with a substantial completion by May 2018.