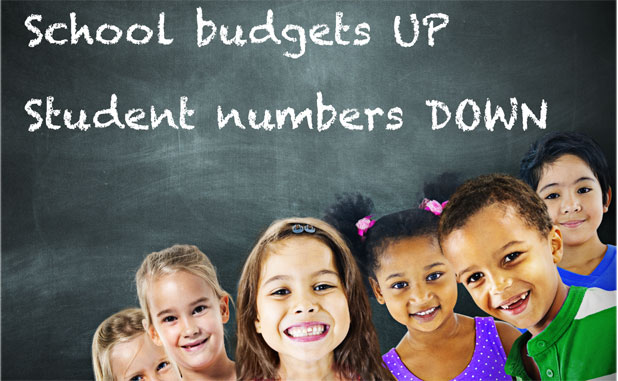 You’d have to go back 15 years to match the number of students expected to show up for Fayette County public school classes this coming August.

In a numerical snapshot of one of the county’s toughest demographic challenges, projected enrollment for the next school year dips to under 20,000 children, a figure not seen since 2000-2001, the first year of the new millenium. 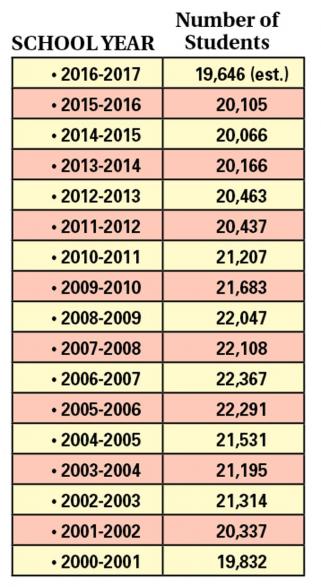 That’s a drop of 2,721 students, the equivalent of a full high school, or more than three elementary schools.

But taxpayers may wonder that while student numbers are on a steady decline, school budgets are going in the opposite direction.

For the current school year, with 20,105 students enrolled and a budget of $184 million, the per student average expenditure has risen to $9,152.

The initial enrollment projection for 2016-2017 is 19,646 students. The actual number will not be known until school begins in the summer. If near accurate, that means enrollment numbers will reflect fewer students in Fayette public schools than any time since the 2000-2001 school year.

In essence Fayette has lost nearly 15 years of enrollment growth. The reasons for this are numerous and may have little to do with the school system itself. Yet the situation in Fayette County is clear: There are increasingly fewer Fayette children available to attend Fayette public schools.

What about private schools? Are they draining enrollment from public schools? Apparently not. Even with those attending private schools or those being schooled at home, the numbers average around 2,000 children per year and do not vary significantly from year to year.

The initial enrollment projection of 19,646 students was presented at the Feb. 22 school board meeting. Yet aside from a discussion on the number of staff needed next year, the continuing decrease in the number of students did not show up in the discussion by board members.

Aside from student enrollment, the school system’s budget and number of employees has shifted over the years, due largely to the long-lasting effects of the Great Recession. Fayette County during the recession years lost more than 20 percent of the value of the tax digest and, as a result, that amount of revenue received by local governments. Approximately half of general fund budget revenues come from local property taxes with the remaining half coming from state sources.

It should be noted that a portion of school system revenue comes in the form of funds received from the state per students served. For a number of years, that amount translated into $4,000 of state funding per student. Put another way, each 250 students lost to the school system meant $1 million fewer dollars coming into the Fayette school system. 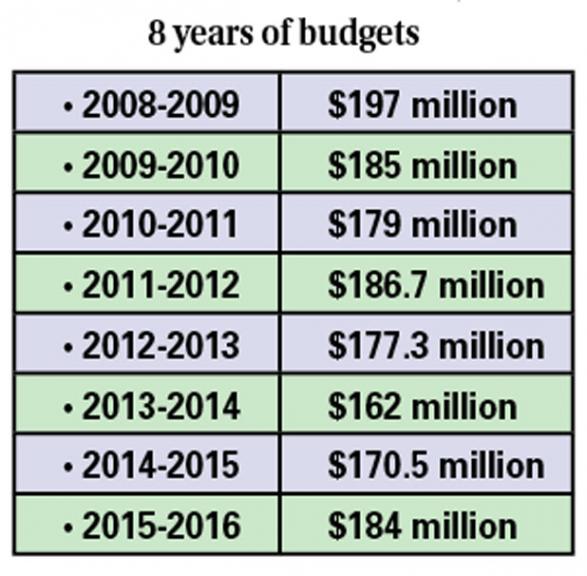 The school system in July 2015 had 2,650 FTE (full-time equivalents) while in March 2013 that count totaled 2,575 FTE. Those numbers do not include part-time, a number of positions.