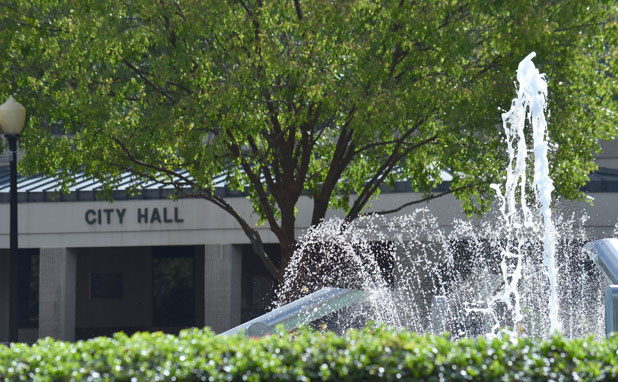 It’s a rarity in the past several years: a rezoning request in the Peachtree City Industrial Park.

The Peachtree City Council on March 3 will hear a proposal from Churchill International Property Corporation to rezone 12 acres on Ga. Highway 74 South from GI (general industrial) to LUI (limited use industrial) so the property can be subdivided to construct an additional 100,000 sq. ft. warehouse/office space.

The property was constructed in 2006 and sat vacant for seven years until a tenant moved in to the existing 100,000 sq. ft. building.

The 100,000 sq. ft. building was constructed and sat vacant for approximately seven years prior to the purchase by Churchill, according to Rast. The building was leased to Geiss, Destin and Dunn in 2014. The company now wants to expand its operations, Rast said.

Rast said Churchill wants to subdivide the property for financing purposes in a effort to move forward with construction of the remaining 100,000 sq. ft. of warehouse and office space.

“However, the property cannot be subdivided as proposed and comply with the building and parking setbacks established within the GI zoning district. The applicant is requesting that the entire tract be rezoned to LUI (Limited Use Industrial) with the stipulation the building and parking setbacks would not apply to the internal property line separating the two tracts of land,” Rast said in a Feb. 24 letter.