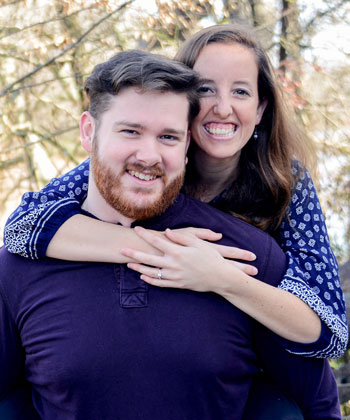 Beth is a 2008 graduate of McIntosh High School and a 2012 graduate of Concordia University, Nebraska, where she earned her degree in elementary education. She is currently a teacher at St. Philip Lutheran School in Dublin, Calif.

Rhys graduated high school in 2006 and earned a bachelor’s degree in wilderness leadership and experiential education in 2012 from Brevard College.  He is employed with the San Francisco Bay Area Council, Boy Scouts of America as a program director.