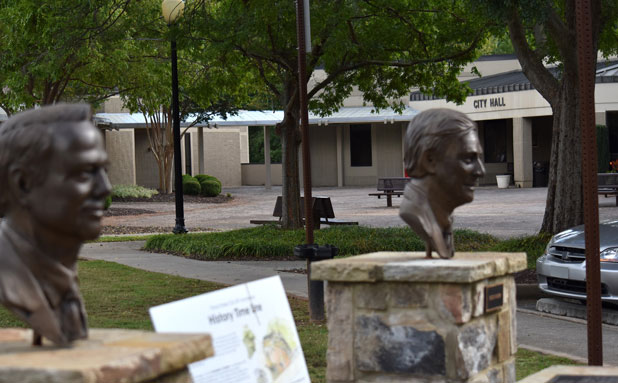 A Dec. 1 review of possible ways to address funding for Peachtree City’s golf cart paths and highway intersection projects included the potential for having a countywide SPLOST (Special Purpose Local Options Sales Tax) initiative on the November 2016 ballot. It remains to be seen if the county and the other municipalities agree.

If recent history is any indication, a SPLOST, even if agreed to by the cities and county, will have an uphill battle given the defeat by voters in the previous two attempts.

While there were numerous projects listed by city staff, the city’s hopes of having a SPLOST on the ballot and having it pass in a referendum may be easier said than done.

Peachtree City will be looking at ways to address a number of costly, long-term projects that include $15 million in cart path projects and street paving and the re-working of intersections such as those in the vicinity of Ga. highways 54 and 74.

Referencing the costs involved for cart path projects involved in maintenance and completion of the path system, city staff said securing those funds could be aided by raising cart registration fees (a topic that will be discussed and likely voted on in January), raising the city property tax millage rate from .5 to 1 mills and a 1-percent SPLOST.

The idea of helping fund road and intersection improvements also included a millage increase or a SPLOST. The discussion on having a SPLOST initiative will likely continue.

The most recent countywide SPLOST to include county projects and those for the municipalities came in 2013 and was defeated 57 percent to 43 percent. Before that, a vote in 2009 was also defeated 77 percent to 23 percent.