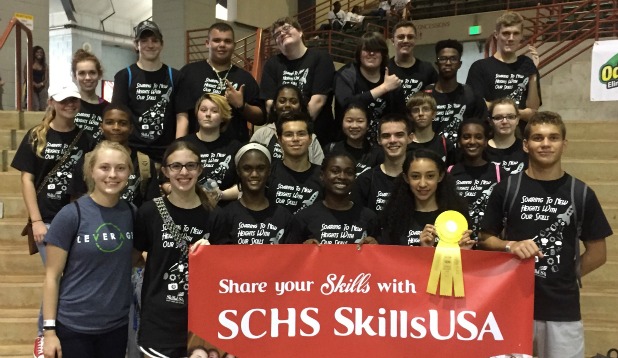 The SkillsUSA students at Sandy Creek High returned from the annual Champions Rally with more awards for their growing collection.

For the sixth consecutive year, Sandy Creek has placed in the top four of the Chapter T-shirt Design competition, winning second place with artwork by third-year graphic design student Cameron King. The school took fifth place for its Chapter Recruitment Banner Design, which was also created by King.

The Champions Rally was held in October at the Georgia National Fair. More than 2,200 students from over 100 chapters around the state participated. In addition to chapter competitions, students also attended workshops focused on life goals and good decision-making.