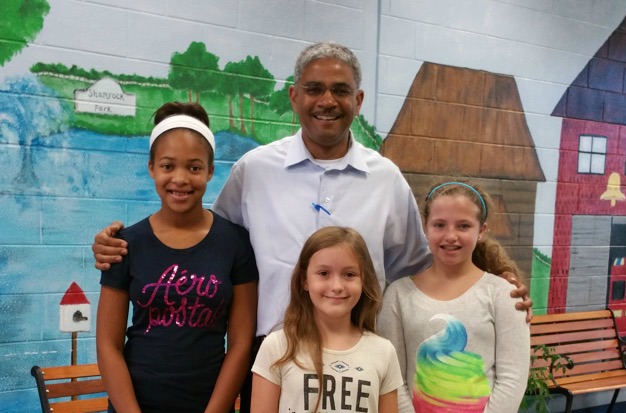 The students, also Burch Ambassadors, were able to understand the election process and appreciate the accomplishment of becoming an elected public official.

Commissioner Rousseau made a special visit to Burch Elementary to personally thank the students for their letters and their support.

The commissioner is pictured here with Kierra Smutherman, Rachel Redd and Maddie Moss.