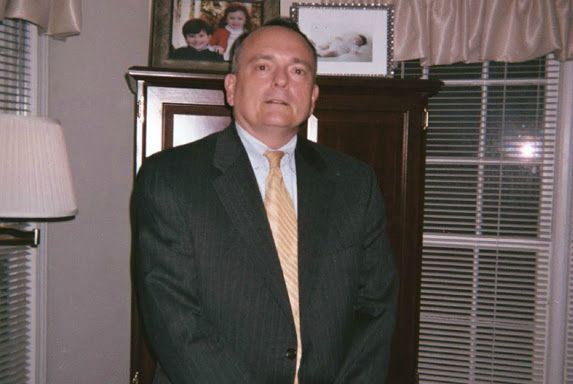 The Peachtree City Running Club has announced that the Honorary Starter for this year’s race will be George Barthel, who has run the Classic 15K the past eight consecutive years.

His first race was the Classic 5K in 2002.  He says the Classic is his favorite race because “it is scheduled during the fall when the air is crisp and the leaves begin to change on the wonderful trails of Peachtree City.”

This past May, George was diagnosed with stage 4 cancer of the tongue, mouth, jaw and lymph nodes in his neck. At the time, he was preparing for the annual Peachtree Road Race on the 4th of July. He continued to run until closer to the surgery date when he became weaker and began walking.

He had surgery June 2 at Emory Hospital (Department of Otolaryngology Head and Neck Surgery).  As he was already physically fit from his years of running, the team of surgeons was able to rebuild his tongue, mouth, and jaw using his thigh muscle.

Due to his determination and strength, George was up walking two days after his surgery. He had a tracheostomy up until three weeks ago and continues to need a feeding tube. A setback occurred with blood clots in the lung and leg. Prior to the clots he was walking a mile a day. He has been on chemotherapy and radiation treatments at the Winship National Cancer Institute at Emory.

George will continue to face challenges during therapy and healing.  But throughout his ordeal, he has maintained his positive attitude and work ethic. “I have enjoyed running because it has kept me in physical shape and great mental condition and provided focus.”

George will have the honor of starting each of the three races Oct. 17 at the Fred Brown Amphitheater as a tribute to his positive spirit and attitude in spite of the challenges he faces.

A Pre-Race Expo will be held at the amphitheater Friday, Oct. 16, 4:30–8:30 p.m. A Race Day Expo is scheduled for Saturday from 7–11 a.m. also at the amphitheater. The Expos will include health and fitness products, sponsors, and selected vendors.

Applications are available at various locations in Peachtree City, Newnan, and Fayetteville, including local recreation departments, libraries, and sporting goods stores.  Applications are also available at Fitness 54, T&G All Sports, Smith and Davis, Play It Again Sports, and World Gym.  You can also register on line at www.ptcrc.com. If you have any further questions about the race, you can send email to ptcclassic@aol.com.