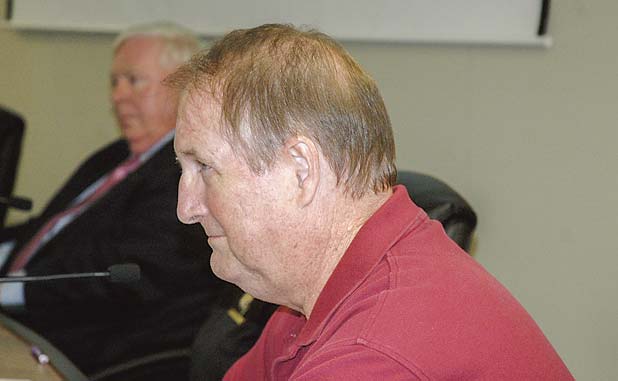 The Peachtree City Council on Sept. 17 adopted a resolution calling for a public vote in November that would give the city the ability to engage in Tax Allocation District (TAD) projects.

City attorney Ted Meeker said the Georgia legislature removed the ability of local governments to engage in TAD projects. A public vote is now required to restore that ability.

City staff noted in a Sept. 9 letter, and again on Sept. 17, that the November vote would not initiate a TAD or any redevelopment actions, but would give the city the option of using the redevelopment powers and financing alternatives in the future.

The item was on the consent agenda but was removed before the vote so Councilman Eric Imker could make a number of comments on the issue. The measure was adopted at the conclusion of those comments.

“I believe a majority of citizens do not understand exactly what the vote will be for on Nov. 3. Many may vote ‘No’ because they don’t understand what it’s all about. The vote on Nov. 3 is simply to allow future considerations of ‘Tax Allocation Districts’ (TADs),” Imker said.

Imker said a TAD is a specific, defined piece of land (or lands or area) that can be developed with special tax breaks. The purpose would be to encourage development with a phased-in tax assessment over a period of years. Everything would be negotiable. It would be up to a future council to recommend a TAD if deemed favorable.

“I say recommend because the proposed deal would go to the voters on a future ballot. In fact, it would most likely be a business that would ‘sell’ council and the citizens on the TAD because of their desire to come to Peachtree City,” said Imker.

“This is important. At no time would the tax revenue from the TAD land ever be lower than that land’s current non-use assessment,” Imker said. “In other words, we could let it sit there doing nothing with no revenue generating ability or encourage development with a negotiated tax profile over several years.”

Imker reiterated that the vote in November has no budget impact, no risk and no commitment of any kind.

“The vote is not recommending a TAD. The vote is only procedural because of state law. A municipality like ours must first vote on the concept,” said Imker. “Future votes on an actual TAD would be placed on the ballot, but after a city council agenda item defines the TAD. All the information would be presented at the council meeting and the public would be invited to ask questions and provide input. If the council votes to add a TAD in a future election, the information would be repeated on the ballot where the voters would have the final say.”

Outgoing Fayette County Development Authority President Alan Durham at the Jan. 9 City Council retreat provided information issues relating to a TAD and noted that Fayette County is running out of major office space needed for large companies, adding that “you can‘t have a corporate headquarters on septic.” That refers to the big development plus of sewer system availability within both Peachtree City and Fayetteville.

The City Council at the January retreat adopted a resolution calling for a local government redevelopment powers referendum that was forwarded to the legislative delegation for approval and inclusion on the Nov. 3 ballot.

The council later in January adopted a resolution authorizing a November referendum that, if successful, would give the city the ability to explore the TAD process and put it up for a vote on a future referendum.

Councilman Eric Imker prior to the vote asked citizens to vote “yes” on the redevelopment powers referendum so the city can have options in the future.

While no specific area for a TAD project has been identified, former City Manager Jim Pennington at the January meeting said staff, in general terms, had been discussing areas such as Huddleston Road that have a potential for development.

Durham at the retreat said TADs are instruments of the state’s Redevelopment Powers Law where local governments have the authority to sell bonds to finance infrastructure and other redevelopment costs within a specifically defined area (a TAD).

A TAD is established for the purpose of catalyzing investment by financing certain redevelopment activities in underdeveloped or blighted areas using public dollars. Redevelopment costs are financed through the pledge of future incremental increases in property taxes generated by the resulting new development.

Typically upon creation, TADs have vacant commercial and residential properties, blighted conditions and numerous vacant buildings or are in need of significant environmental remediation, Durham said.

When a TAD is created, the Georgia Department of Revenue sets the base value for the district. Any growth in property tax revenues resulting from increases in property values above the base value are collected in a special fund and used for redevelopment costs in the TAD.

Only property taxes generated by the incremental increase in the values of these properties are available for use by the TAD.

Specific to a TAD is the revenue going to the school board and county. Both would have to agree to the TAD proposal since both would continue to receive taxes from the property at the frozen base rate until the bonds are retired.

As was done to create Atlantic Station in Atlanta or more recently in Fayette County, Fayetteville designated a specific geographic area that has the potential for redevelopment. While the bulk of the TAD areas in Fayetteville include older retail sites, it also includes undeveloped sites in The Villages at Lafayette development on Ga. Highway 54 near downtown.