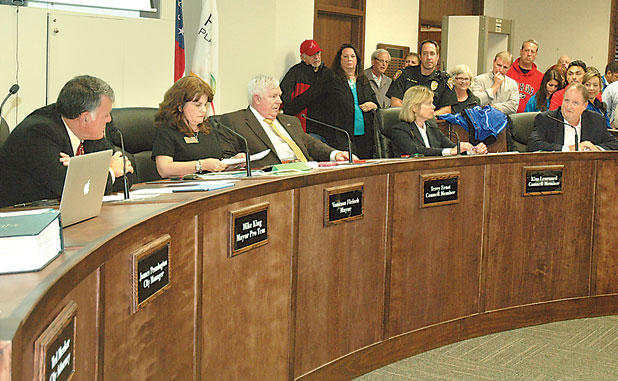 The time for qualifying for posts 1 and 2 on the Peachtree City Council is just weeks away. Post 1 Councilman Eric Imker said he will not seek re-election while Post 2 Councilman Mike King said he will qualify to run for another term.

(See their letters to the editor here and here.)

“We each have a vision for where we would like our town to be some twenty plus years down the road. Allow me to share a bit of mine,” King wrote. “Peachtree City simply has to be the premier location for individuals and businesses relocating to the southern crescent of Atlanta. We must continue to place quality of life issues at the fore of the business of running our town. Peachtree City’s appearance, its lifestyle and relatively low cost of living are what brought us here, and it is what keeps us here.”

King in the letter said he would continue to seek input from all citizens.

King took office in November 2013 after winning a three-way race for the Post 2 seat that was vacated after Councilman George Dienhart resigned to run for mayor.

Imker was first elected in 2009 to fill the unexpired Post 1 seat when then-Councilman Don Haddix ran for mayor.

The qualifying period will begin Aug. 31 and end on Sept. 4. The election will be held Nov. 3.