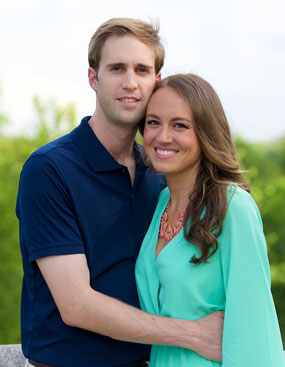 Mary and Steve Tochterman of Peachtree City announce the engagement of their daughter, Lauren M. Tochterman, to Edmond M. Colegrove, son of Deborah Misenhimer of Altamont, N.Y., and David Colegrove of Skaneateles, N.Y.

Lauren is a 2007 graduate of McIntosh High School and a 2011 graduate of the University of West Georgia, where she earned her Bachelor of Science in Nursing. She is a registered nurse in the Atlanta area.

Edmond “Ned” is a 2004 graduate of Skaneateles High School in Skaneateles, N.Y., and a 2008 graduate of the University of Georgia’s Grady College of Journalism and Mass Communication. He is the assistant athletics director at Georgia Gwinnett College in Lawrenceville.

The couple was engaged Labor Day Weekend 2014 in Skaneateles and the wedding is set for October 2015. The two plan to reside in the Atlanta area.