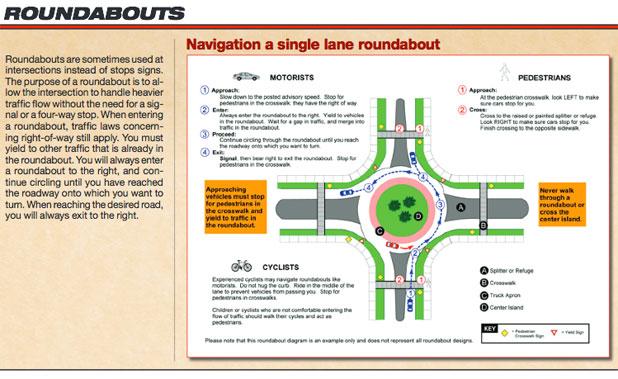 Amid the community’s grief over the passing of Commissioner Pota Coston, the political reality is that the Board of Commissioners she left behind is split.

Two weeks after three votes were needed on the county budget because the first two motions resulted in 2-2 votes, a proposal regarding an intersection on Veterans Parkway next to Pinewood Studios and the future Pinewood Forrest development also saw a 2-2 vote after about 90 minutes of discussion. Each of these votes ended up with David Barlow and Chairman Charles Oddo on one side, with Steve Brown and Randy Ognio on the other.

The issue in question at the July 9 meeting involved a request to change the 2013 annexation consent agreement between the county and Fayetteville regarding the Pinewood Atlanta development. One of the conditions is that the county fund the construction of a pedestrian tunnel under Veterans Parkway or Sandy Creek.

Developers came before the board asking the county to divert its funding for the tunnel to the construction of a roundabout, saying that it would be good for traffic safety and would be less expensive for the county than the tunnel.

By virtue of the tie vote, the county rejected that proposal and the developers will be tasked with mitigating the traffic at that intersection on their own, whether is be a roundabout or some other option such as a traditional traffic signal.

Developer Rick Halbert said this week that no decision has been made yet on that, as he and his associates have not had an opportunity to consult with their engineers. He said it was possible that a roundabout could be located there but that is by no means a certainty, although his group will do what is necessary to adhere to the specifications mandated by the various agreements and Georgia Department of Transportation requirements.

“All I’m required to do is handle the traffic at that intersection,” he said.

A Pinewood representative said at the meeting that in addition to safety reasons, the roundabout is preferred because of several issues that could complicate the construction of the tunnel. Those include various underground utilities on the west side of the parkway that would make it necessary to dig an additional 8-10 feet down. Workers have also hit rock in spots, he said, making for another potentially expensive challenge.

Fayetteville officials are also in favor of the change from tunnel to roundabout. The final city meeting for annexation on this project is scheduled for July 16.

Interestingly, this is also the week for the wide release of “Ant Man,” the first major motion picture filmed at Pinewood. Of the  movies shot there so far, Pinewood developers say have so far resulted in $106 million spent in Georgia along with more than 3,500 new jobs in the state and the use of more than 12,000 hotel rooms. Georgia Military College is also scheduled to open its facility near the studio next month.

During his presentation at the meeting, Halbert listed several of the improvements made in the area from fencing to the appropriation of land for a fire station and keeping all power lines buried. He said at the outset of his presentation that he assumed there would be a split vote and no decision.

“The main goal is to make a decision,” he said. “Two projects are on pause waiting for a decision.”

A bare-bones, basic tunnel would cost in excess of $1 million, Halbert said, and everyone agrees that a roundabout would cost less. The city, the developer and the studio are all satisfied with doing a roundabout, he added.

“If the only option tonight is to take a tunnel, we’ll take it,” he said. “But it’s not what we want to do. We want to offer cost savings to you.”

The Fayetteville City Council voted unanimously June 18 to revisit the intergovernmental agreement and consider a revision from the tunnel to the roundabout, and a city representative asked the county to consider the change.

Commissioner David Barlow said that, while he understood the agreement stated that at-grade crossings would be avoided for safety reasons, he has learned much about roundabouts recently and has concluded that they are extremely safe as well as less expensive.

Commissioner Randy Ognio asked if accident statistics were available regarding tunnels, and County Administrator Steve Rapson said those statistics could be obtained if necessary.

County Public Works Director Phil Mallon reviewed the agreement between the city and the county, which stated that Pinewood Atlanta is to contribute $60,000 and the required easement toward the tunnel, while Fayette County is responsible for total construction costs less the Pinewood contribution. There will be specific curb cut limitations along Veterans Parkway, and the county will put a multi-use path over Sandy Creek.

The area in question has been labeled a development of regional impact (DRI) and encompasses six parcels totaling 696 acres; 2,264,500 square feet of film production studio, office, retail, commercial, hotel, and /or school/instructional space; and more than 1,300 living units.

Mallon gave some traffic numbers and also showed some recent tunnels in Peachtree City to demonstrate various grading and landscaping options. He provided a cost estimate for a tunnel that was less expensive than the developer’s option. It involves an 8×12 box culvert 75 feet long with access ramps and other standard features, with the estimated total cost to the county being $836,427.

Looking at existing roundabouts, Mallon said he found some ranging from the proposed Hwy. 92/Inman at $690,440 to others in the metro area at $2 million.

After some public input, Halbert stressed that he needs a decision one way or another and doesn’t want another study. But when Chairman Charles Oddo made a motion to approve using the county funds to construct a roundabout, he included a study in his motion. Barlow seconded the motion.

Commissioner Steve Brown said he wished a study had not been included in the motion because it will just take more time when the developers want to move forward. Crossing the road between Pinewood Forrest and the studio is an important issue, he said, and according to the DRI the developers are responsible for mitigating traffic or Pinewood Forrest cannot be built.

“The tunnel is an entirely separate issue that was created before anyone knew about Pinewood Forrest,” said Brown. “I’m not sure how the two projects got intertwined. The tunnel is designed for pedestrians, bicycles and golf carts. The roundabout is designed for automobiles.”

Brown said the tunnel is the best and safest long-range solution, citing Peachtree City’s tunnel network as an example, while if a roundabout doesn’t work it will cost a great deal of money to fix it and the tunnel might have to be done anyway.

“There are no studies that show how other vehicles interact with automobiles in a roundabout,” he said. “Peachtree City’s biggest traffic problems are coming from at-grade crossings, so why would the county want to repeat that?”

Barlow asked Oddo to restate his motion without the new study, but Oddo said he wasn’t sure it can be done that way. He said traffic control and safety are separate issues.

“It would be great to do everything but the county’s funds are being stretched. If the money that is saved can go toward other projects, it could make them safer,” said Oddo.

“There are a lot of things that need attention. The Grady/Beauregard traffic circle has reduced traffic mishaps 70 percent. It would cost the taxpayers less money to provide a roundabout now. We want the safest thing available and must provide the best for the money we have.”

Halbert asked one final time if he could get an answer to move forward. Oddo amended his motion to make that possible, but it failed with a 2-2 vote after more than 90 minutes of discussion.