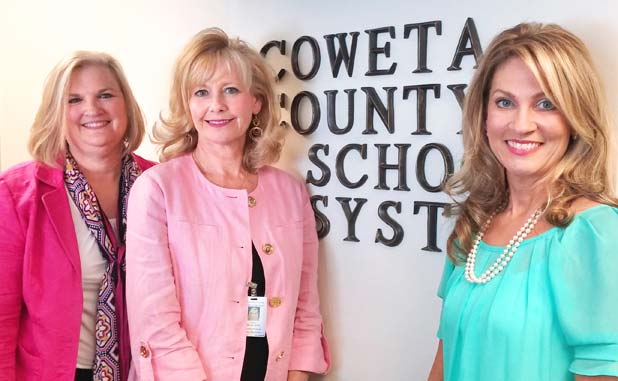 Three of Coweta County’s elementary schools will begin the new school year in August with new principals. Lisa Skinner is the new principal at Glanton Elementary, while Janice Smith will head Welch Elementary and Amy Harrison will serve at Brooks Elementary.

The new principals were appointed at a recent meeting of the Coweta County Board of Education.

Amy Harrison had served as an assistant principal at Brooks Elementary. She began her career teaching English, in Harris and Troup County schools, from 1991 until 2001. In 2001, she became an English teacher at Newnan High School, and later taught in Fayette County schools as well, said school system spokesman Dean Jackson.

Skinner hads previously served as assistant principal at Glanton Elementary. She began her career at the Burwell Educational Center in Coweta County in 1989 as a classroom teacher and social worker and later as Burwell’s coordinator, Jackson said.

Skinner in 1998 worked as a special education consultant, moving to Atkinson Elementary School as a counselor in 2003. Skinner became a graduation specialist at Evans Middle School in 2007 and in 2008 became the assistant principal of Glanton Elementary.