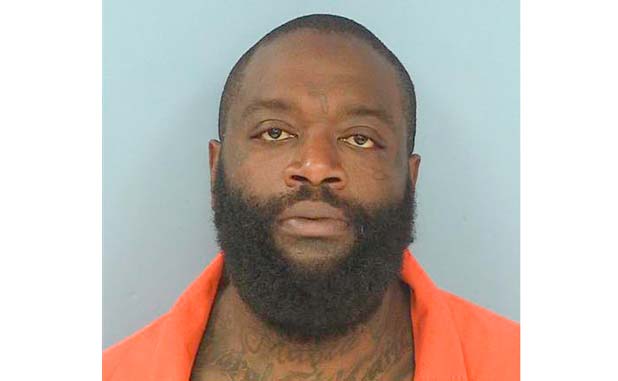 Williams L. Roberts, II, known as rapper Rick Ross, got what he wanted July 1 and posted $2 million bail on charges he is facing on kidnapping, aggravated assault and aggravated battery related to a June 7 incident involving groundskeepers at the former Evander Holyfield estate in north Fayette County.

Those included a $1 million property bond, a $500,000 surety bond pertaining to being a flight risk and a $500,000 cash bond. Other stipulations include wearing an electronic monitoring device, restricting his movement to Fayette County either at his north Fayette residence on Wimbly Point where Roberts’ music studio is located or at the former Holyfield estate owned by his mother’s limited liability corporation.

The stipulations were proposed by Roberts’ attorney, Steven Sadow.

Sadow said his client also agreed that all statements made by the alleged victim or victims would be admissible if those alleged victims were unavailable to testify at the upcoming trial.

Assistant District Attorney Warren Sellers in relating some of the issues involved in the incident said Roberts and his bodyguard Nadrian James physically assaulted the two property managers of the former Holyfield estate. One of the property managers was celebrating a birthday and had invited relatives to the estate grounds. Though the reason was not stated, Sellers said Roberts and James become upset, entered the guest house and beat one of the property managers with their fists and struck him several times with a handgun.

The resulting injuries include a broken jaw and two chipped teeth along with contusions, Sellers said.

Roberts and James pose a danger and have threatened witnesses, Sellers said.

Prior to Hankinson’s decision, Sadow said his client had ties to the community by way of property ownership and his daughter who will be moving to Fayette County this summer and attending public school here. Sadow also stated that Roberts was not a flight risk or a risk to the community.

The bond hearing for Ross’ bodyguard Nadrian James, who faces charges of kidnapping and aggravated battery, was continued until August 15.

James’ attorney Sean Joyner, who referred to James not as a bodyguard but as a confidant and like a family member, said his client’s bond would be based on the same stipulations as those agreed to by the court for Roberts’ bond.