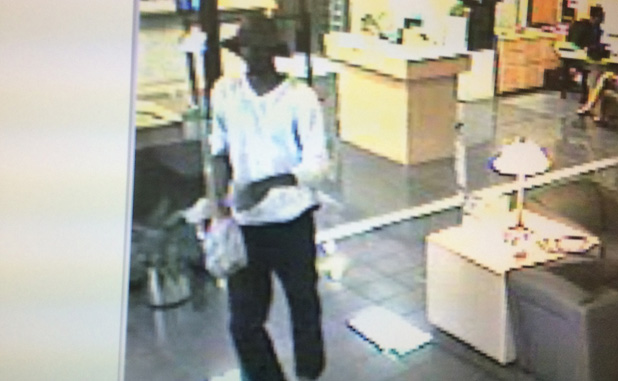 An early afternoon robbery at the Bank of North Georgia in Fayetteville on June 4 resulted in the robber and his accomplice getting away with an undisclosed amount of money.

Fayetteville Police Detective Mike Whitlow the call about the robbery at the Bank of North Georgia on Ga. Highway 54 West and Burch Road came in at approximately 1:30 p.m.

No employees or the lone customer in the bank were injured, Whitlow said.

Whitlow said a slender black male wearing a T-shirt, dark pants and a floppy hat approached a teller and handed her a note saying, “Give me all the money or I’ll shoot you.”

Though no weapon was produced, Whitlow said the suspect will be charged with armed robbery.

The man exited the bank upon receiving the money and ran to the location of a waiting car parked in front of a business immediately south of the bank, Whitlow said.

Whitlow said the dye-pack in the money bag exploded in the vehicle and was subsequently thrown out into the parking lot.

“Both (men) would have been covered in dye,” said Whitlow.

The men drove off on Howard Lane with an undisclosed amount of money in what is thought to be a silver 2011-2012 Buick Lacrosse with tinted windows and a sunroof. The vehicle turned onto Hwy. 54 heading eastbound, Whitlow said.

Whitlow said the driver, also a black male, and the robber are thought to be older men.

It has been nearly three years since Fayetteville has experienced a bank robbery, said Whitlow.