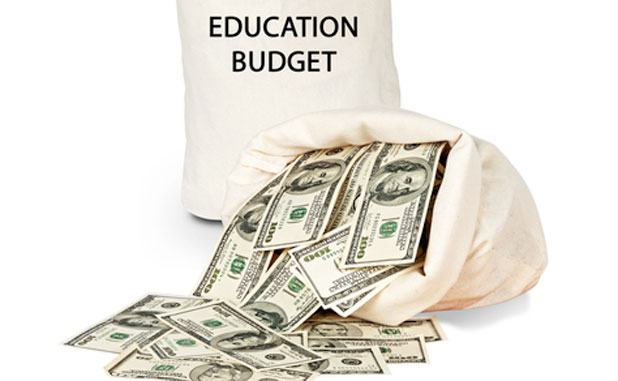 The decision is made and the Fayette County Board of Education on June 1 tentatively adopted a $184 million budget for FY 2016 that includes 118 new job positions and 2 percent employee raises.

The tentative budget was adopted on a 4-1 vote, with board member Barry Marchman opposed.

As proposed, the expenditures totaled $183,619,957. Revenues, however, are expected to total $180,508,649 for the period beginning July 1. Things changed during the discussion, with the majority of the board deciding to add three assistant principals and one clerical position at the high school level. That cost added approximately $350,000 to the expenditures bottom line to bring the budget to $183.97 million.

“I feel this is a strong budget based on strong revenue projections,” said Superintendent Jody Barrow.

The school board for the second year decided to spend more money than it will receive to balance the budget.

The lone dissenting vote, Marchman referenced the budget high of $197 million adopted a few years ago at a time when the school system had 2,000 more students than today. In response to a question, Marchman was told that the current budget includes approximately 80 teachers funded only by local taxpayers.

“I think we decided a couple of years ago to have fewer people who are paid better,” Marchman said. “I think it’s better to have the best paid teachers.”

The 4-1 vote to adopt the tentative budget soon followed and included applause from school system employees in the audience.

The school system will also see an increase of $4.4 million in state funds that will bring state dollars for FY 2016 to $89.5 million.

As tentatively approved, the new budget comes with 118 new job positions with a budget impact of approximately $6.85 million. Of those, 85.5 jobs are classroom teachers and parapros, 24.5 are school support staff such as office clerical positions and assistant principals and eight are district level support staff in technology and central office.

The budget also includes instructional software and equipment at $400,000, transportation software $200,000, a learning management system at $200,000 and a finance, human resources, purchasing and budget software system at $400,000.

The school board will formally adopt the budget on June 29. The millage rate, expected to remain at the state maximum of 20 mills, will be adopted no later than August.

Below, the Fayette County Board of Education votes 4-1 on June 1 to adopt the tentative FY 2016 budget that totals $180.5 million in revenues and $184 million in expenses. Photo/Ben Nelms. 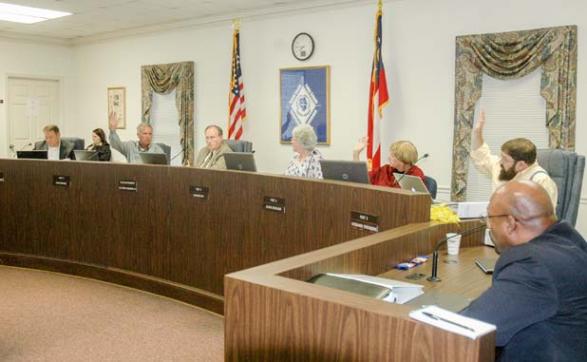