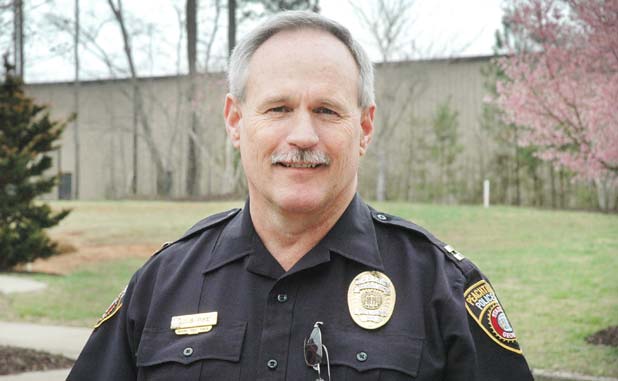 The search for a police chief in Peachtree City is moving forward. The new chief is expected to be in place before City Manager Jim Pennington retires in mid-June.

Pennington on May 7 said he received 126 applications from across the U.S. The list has been trimmed to 15 names, Pennington said, adding that the list will be trimmed again to include five to seven names.

Pennington said a five-person panel will be assembled, hopefully this week.

Though he did not know the date the interviews will begin, Pennington said he wants to add another component to the interview process and will get with council members on the idea. Pennington declined to say what that additional component might be.

Pennington has stated his intention to have the new police chief in place by the time he retires as city manager in mid-June.

A 25-year veteran of the department, Capt. Stan Pye has served as interim chief since the New Year’s Day incident in which former Chief William McCollom accidentally shot his ex-wife in their Peachtree City home and was put on paid administrative leave. McCollom resigned March 11.

McCollom was indicted by a Fayette County Grand Jury in mid-April on misdemeanor charges of reckless conduct. Trial or a plea bargain is pending.