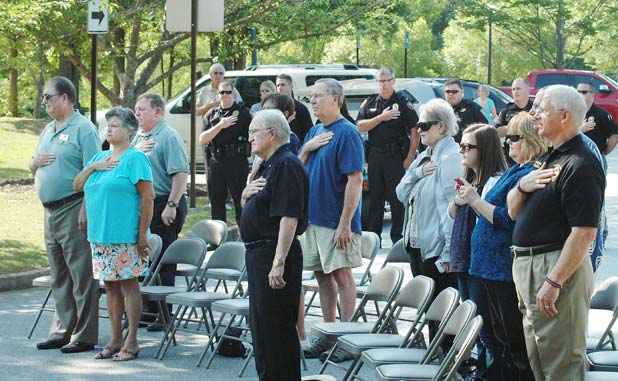 The Peachtree City Police Department on May 11 held its first Police Memorial at City Hall Plaza to remember and honor police officers who were killed in the line of duty. Though such deaths were once largely due to traffic accidents, approximately half of the 126 deaths nationwide in 2014 resulted from criminal attacks on officers. Among the dignitaries at the ceremony were (L) Peachtree City Councilman Eric Imker and (R) Fayette County Commissioner David Barlow. Photo/Ben Nelms.