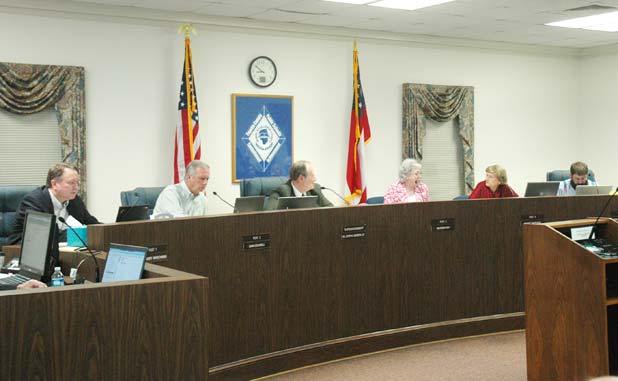 The Fayette County School System’s student population continues to decrease, but its budget is going in the opposite direction — up.

School board members heard a budget development report from Assistant Superintendent Tom Gray at the May 4 meeting where expenditures are tentatively set at $183,214,450 for the coming school year and revenues total $177,200,406. As adopted last year, the FY 2015 budget totaled $170.5 million.

The FY 2016 budget will be approved by the Fayette County Board of Education in June.

Gray said local revenues for FY 2016, which begins in July, are based on a 5 percent growth in the tax digest. The tentative budget shows $89.8 million in state dollars and $75.6 million in local revenue areas such as property taxes and auto taxes.

On the expenditure side, Gray said most of the increase is related to payroll and step increases. The school board is considering adding a number of recommended positions to next year’s employee tally, though the details of those additions is still a matter of discussion and should be worked out in the coming weeks.

Pertaining to one area of the expenditure increase, a 1.5 percent cost-of-living raise for all salaried employees at a cost of $1.95 million, board member Diane Basham spoke in favor of the increase, adding that the people on the “front line” should be rewarded.

“I think we need to reward the people who stuck with us,” Basham said, noting the revenue decreases experienced across the school system in recent years during the recession.

Superintendent Jody Barrow agreed, but added conservatively that “I don’t want to give it then have to take it back” if the economy worsens.

Weighing in on the idea that several million dollars in fund balance will have to be used to balance the new budget, board member Barry Marchman said, “I’m okay with things like science lab (equipment), but I’m not comfortable with ongoing, projected spending with salaries that will have some (financial) pain in the coming years.”

Board member Leonard Presberg responded saying, “Only if there’s no increase in revenues.”

What appears to be stable to date is the 10 percent reserve amount that was instituted a few years ago.

That drop in enrollment continues today.