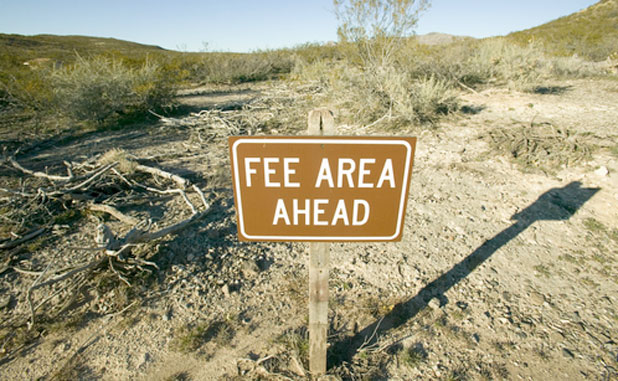 The Fayette County Board of Commissioners approved new regulations that will open up use of Lake McIntosh Park for employees of nearby companies who are not Fayette County residents, but getting there required nearly an hour of discussion and too many other proposals to count.

The final decision, approved unanimously at the April 23 regular meeting, gives corporations and businesses in Fayette County the ability to use the park weekdays between 8 a.m. and 5 p.m. with a decal that can be purchased at cost from the county. It is the responsibility of each company to purchase and distribute the decals.

Employees who do not live in the county can use the park at other times by paying a $5 out-of-county fee. A $50 annual pass is also available.

Before the vote was cast, the board debated several possible schedules such as making the park available during lunchtime only, and some local business leaders questioned whether there should be any fee at all associated with its use.

A brief review of the issue showed that county staff identified several potential issues with issuing a restrictive week-day only/specific hour type pass. The potential issues include identification of industries as opposed to businesses, enforcement-related conflict due to specific hours, late lunches; 2nd shifts, etc., and handling requests from other businesses throughout the county with fewer employees and requests for different lunch hours.

In an effort to address the concerns expressed by the local Peachtree City businesses, the Water Committee approved the following measures that were implemented in December: entry fees lowered to $5 at both Lake McIntosh and Lake Horton; and $50 annual passes available for purchase by anyone, of which 14 have been issued so far

According to the staff report, the Marshal’s Office has already observed increased participation in the parks since these changes were implemented.

County manager Steve Rapson acknowledged at the outset that a presentation had been submitted by Commissioner Steve Brown on this topic and he wished to defer to him, but Brown said the information in the agenda packet did not resemble what he had submitted April 4.

Rapson said a request was made in September, primarily from the Development Authority, about lake access, and he was working for consistently with the other parks. He mentioned in October that staff would be recommending a change which was taken to the Water Committee in November, and he read some of his comments from that meeting.

Brown presented his plan and made a motion similar to what was ultimately approved later except for the out-of-county fee being $10. Commissioner Randy Ognio seconded and from there the board examined the fee structure in a variety of ways.

Commissioner David Barlow asked for clarification on the current cost and mentioned a suggestion from the chief marshal to waive fees completely from 11 a.m.-2 p.m. weekdays. He added that he thought lowering the fee to $5 was a good idea.

Rapson reported that revenues from Lake McIntosh and Lake Horton are $45,000-50,000 per year and there are some fixed costs but enforcement by the marshal’s office is a large part. He reinforced his position not to charge anything and treat them like all of the other parks so the marshal could do more policing instead of constantly checking for decals. He added that enforcement is a bit selective because it is only when someone is physically there, although a camera system will help when it is installed.

Commissioner Pota Coston voiced her agreement that there should be no fee.

Brown said that he likes the exclusivity Fayette County residents have on weekends and he doesn’t want changes that would result in numerous complaints from county residents.

He agreed to change his motion lowering the out-of-county to $5 but wanted to keep the other regulations in place. He noted that giving the weekdays to local employees would keep more people using the park during what would otherwise be low-attendance hours and help prevent vandalism.

Brown mentioned several times the appeal of the park for groups who want to take their work outside when weather permits, and creating attractive outdoor settings in which to work could help the county attract younger demographics.

Oddo suggested tabling the measure and looking at making the policy more uniform across the county, but Barlow said Lake McIntosh is unique and should be treated that way, adding that he was in favor of Brown’s proposal.

Greg Detwiler spoke on behalf of the Fayette County Chamber of Commerce, saying that the subject came up the previous day at the chamber board meeting. He informed the board that the chamber’s position was to remove all fees associated with park use.

“Are we really a welcoming community if we do this?” he asked, pointing out that many employees at the companies in question work different shifts and would like to use the park at different times. He added that many business owners in Fayette County do not live here and cannot use the park without the fee, and a number of customers at a nearby performing-arts facility drop their children off every week but cannot use the park because they are not county residents.

Detwiler questioned whether the proposed policy would help the county and said “a wrong message” is being sent by charging fees for park use.