There was not a seat to spare in the dining room of the Fayetteville First Baptist Church May 15 as approximately 500 hundred people attended the District Attorney’s 8th Annual Law Enforcement Appreciation Banquet hosted by D.A. Scott Ballard.

Among the many awards and recognitions at the banquet, the 2014 Officer of the Year Award went to Fayette County Sheriff’s Dep. Josh Mauney, who was selected from four finalists and 21 nominees across the Griffin Judicial Circuit. The circuit comprises Fayette, Spalding, Pike and Upson counties.

Mauney has served with the Fayette County Sheriff’s Office since 2007 and is a member of the U.S. Marshal Service’s Southeast Regional Fugitive Task Force.

Citing an example of his work, Ballard said Mauney in 2013 was part of a team assembled to apprehend a known armed and violent gang fugitive named Titus Bates, whose residence was fortified with security bars and with black plastic covering the windows to obstruct officers’ view.

“As Mauney forced open the security door with a breaching device multiple shots rang out and his partner was struck in the leg and began bleeding profusely,” Ballard said. “Mauney heroically assisted in guiding the extraction of the injured officer, using his body to shield and protect the fallen officer from further gun fire. Mauney then again exposed himself to mortal danger as he and another team member breached a second fortified security door, entered the residence and cleared it of all threats.”

The 2014 Compassion for Victims Award went to Fayetteville Police Officer Keith Jojola. Ballard said Jojola is a source of inspiration to others. 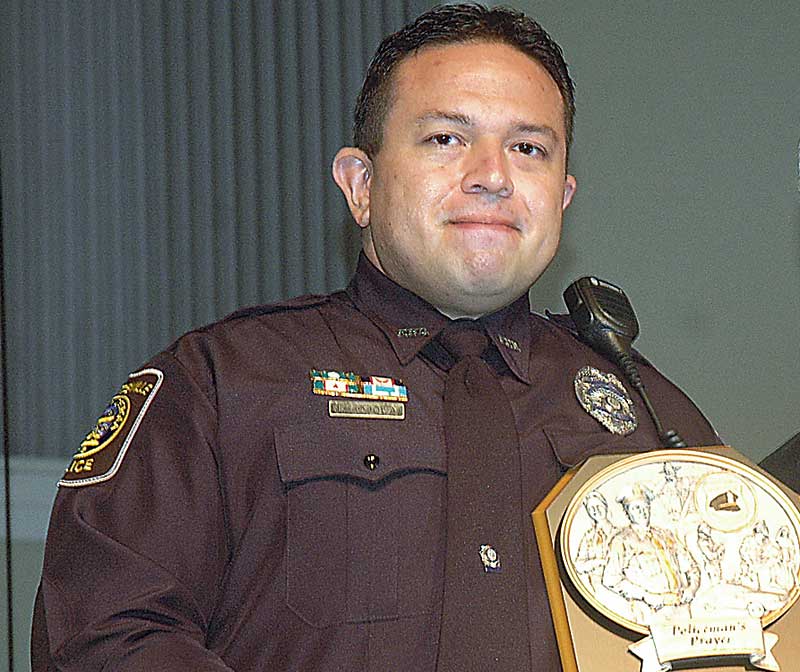 “So great is his concern for the troubles of others that he has on two separate occasions prevented others from committing suicide. Both of those individuals sought treatment and each credits this officer for their improved lives,” Ballard said.

“His sergeant has noticed the deep respect and love the community has for him. She notes that he has developed meaningful connections with the student and their parents and is an active mentor for at-risk students,” said Ballard. 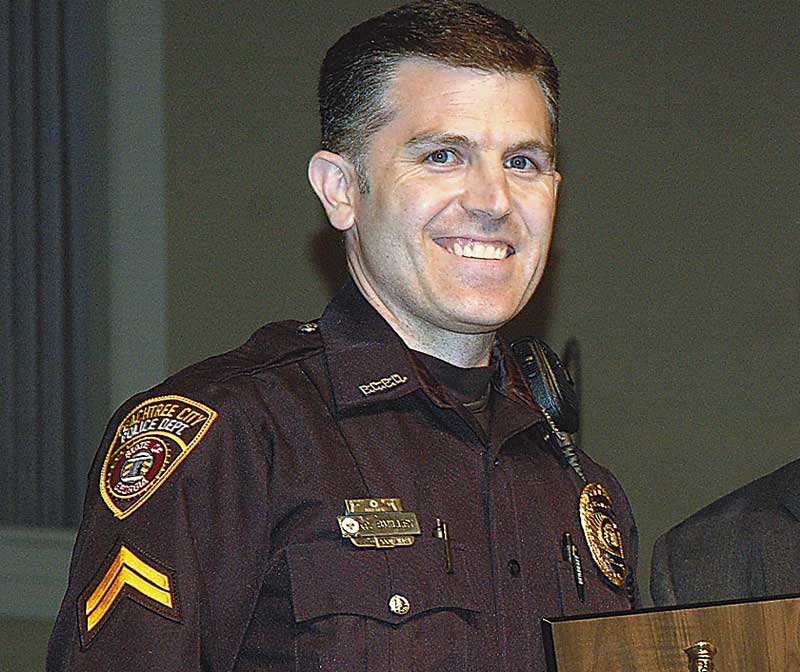 Stapleton was recognized for intervening during a warrant service in Atlanta and thereby saving his fellow officer from injury at the hands of a 350-pound man who was attempting to arm himself.

Fenimore was recognized for helping a bus driver during the 2014 ice storm and for helping calm students on the bus who were becoming anxious due to impassable roadways.

The annual law enforcement banquet would not be complete without the essays written by elementary school students from across the judicial circuit. Many of those entries came from students at Fayette County schools.