Fayetteville police said Feb. 20 they have arrested a man suspected of robbing the CVS pharmacy located at 480 N. Glynn St. in December 2013.

Michael MacConaugha Jr., 20, of East Point is charged with robbery and obstruction and is in the Fayette County Jail, said Fayetteville Police Lt. Mike Whitlow.

On Dec. 24, 2013, at approximately 6:45 p.m., MacConaugha walked into the CVS store, told the clerk he had a gun and demanded money from the cash register,” Whitlow said.

“MacConaugha kept his hand in his right pocket indicating he was holding a weapon. The cashier gave him money from the register and MacConaugha fled on foot. Fayetteville units were in the area and responded within seconds,” Whitlow said.

“MacConaugha was wearing a gray hooded sweat shirt over a white t-shirt, a white baseball cap with a blue bill, camouflaged pants and very distinctive blue tennis shoes with pink laces. Fayetteville detectives developed information which led them to the arrest of MacConaugha,” Whitlow said.

Meanwhile, Fayetteville detectives said they believe there are other suspects involved in this robbery, and the investigation is ongoing. Agencies in other jurisdictions are also investigating the possibility that MacConaugha is involved in other robberies, Whitlow said. 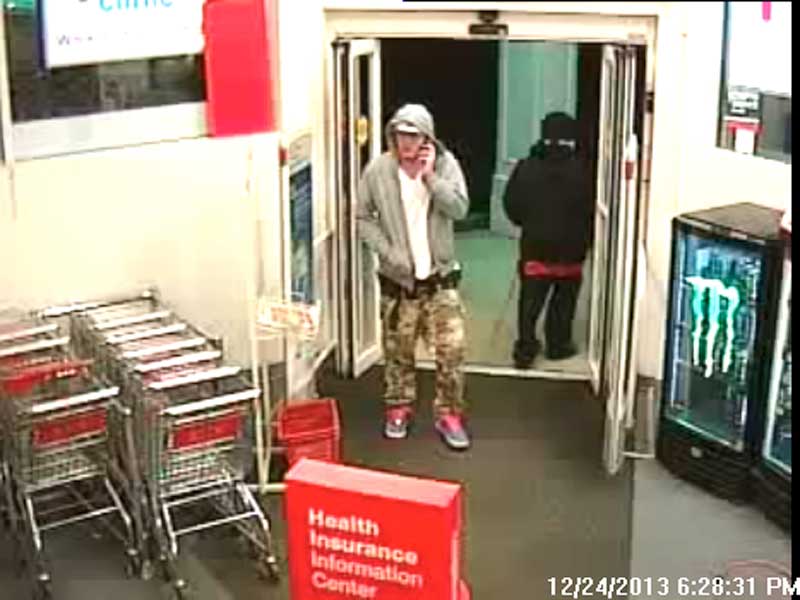