The job isn’t over for Peachtree City voters, who will need to choose between Vanessa Fleisch or Harold Logsdon to be their next mayor in a runoff election Dec. 3 since no one in the five-candidate field got more than 50 percent of the vote.

Countywide, voters sent a proposed two-year sales tax packing with 57.2 percent of voters saying “no” to the levy, which would have given the county more than $16 million for stormwater projects in the unincorporated area. The sales tax also would have funded road and cart path maintenance for Peachtree City to the tune of $1.5 million a year, money that will need to be found elsewhere.

Learnard’s race was the most fascinating because it pitted her against Cathy Haddix —  the wife of current Mayor Don Haddix, who himself was seeking re-election. Mrs. Haddix only got 13.2 percent of the vote, but she came in with 588 votes, double that of her husband, who came in last with 238 votes behind Ryan Jolly’s 361 votes and the 957 from George Dienhart which was good for third place.

Haddix didn’t just have to fight with his four challengers during the election, but he also suffered the wrath of a committee designed solely to make sure he wasn’t re-elected, a bizarre turn in city politics.
As for the remaining candidates in the race, Fleisch brought in the most votes with 1,849, good for 39.2 percent of the voters while Logsdon marshaled 1,291 in favor, a 27.4 percent showing.

King, who will take the unexpired two-plus year term left vacant by the resignation of Dienhart, is expected to be sworn in by the Nov. 19 council meeting. It couldn’t happen for the Nov. 7 meeting because the election results had not yet been certified.

Ernst will take office Jan. 1 filling the seat Fleisch is leaving in her bid for the mayor’s seat.

In other election results, county voters approved allowing sales by the drink on Sundays for businesses in unincorporated Fayette County. The initiative, which affects only a few businesses, passed with 65 percent approval.

Below, runnerup Harold Logsdon in a pre-election photo from his website. 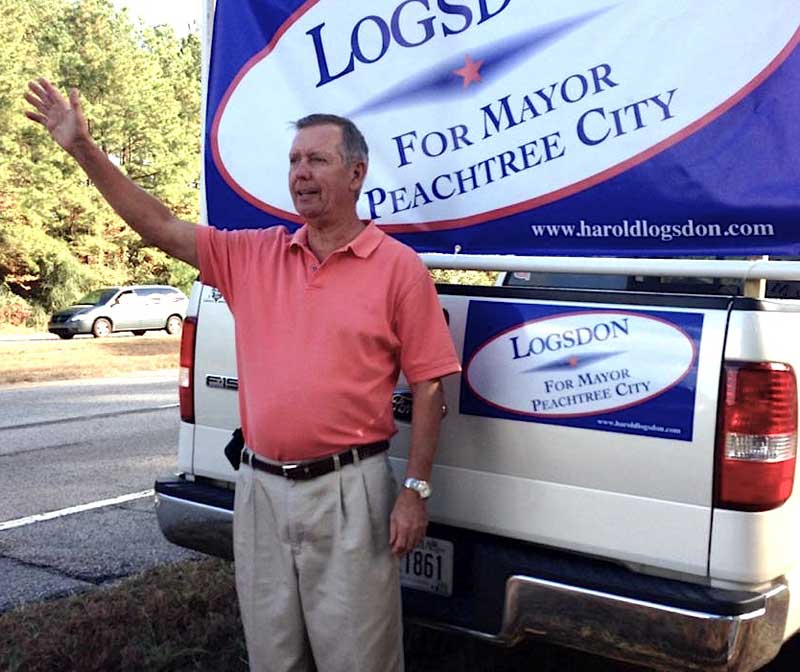