By SEAN DURITY
Special to The Citizen

The Lisa Kelly Voice Academy is located on Peachtree Parkway in the Peachtree Crossing Shopping Center next door to Fresh Market. Recently I spoke with her about her family’s move to Peachtree City and the opening of this new venture.

Lisa Kelly is an original member and fan favorite from the internationally beloved ensemble group, Celtic Woman. Her husband, Scott Porter, also toured with the group as CEO and producer. They often traveled with their children Cian (10), Jack (8), and Ellie (almost 5). When she announced her maternity leave in December 2011 to have Harry (now almost 9 months), they fully intended to return. However, adding an infant to their touring family was too much.

“It is just too difficult. I want to give 100 percent in whatever I do. I can’t do that as a mum and as a performer. I’m older now, too.”

Kelly is originally from Dublin, Ireland, and Porter is from Australia. They have traveled around the world together with Riverdance and Celtic Woman. They had a home in Manhattan. But it was time for a new home and a new community.

Kelly started an Internet search for the best places to live. Her initial requirement was to be in the eastern U.S. close to an airport with a direct flight to Dublin. Peachtree City kept appearing in her searches.

Skeptical of an Internet-only process, Porter investigated in person. Once in town, though, he quickly agreed. “You are going to love it here,” he predicted.

Porter was right. Kelly has always loved the American South — the weather, the slower pace of life, and the friendly people. It reminds her of Ireland (aside from the weather, perhaps). “People are even still smiling at you when they are out exercising,” she quipped in her delightful brogue. “Still, you never really know a place until you live there.”

What has surprised her?

Coming from Catholic Ireland, religion in Georgia is very different. “It is such a huge part of people’s lives here.” She sees that as a benefit: “Children need a sense of community and a religious background.”

She was also intrigued by the passion and participation in politics she saw during the election cycle. Local schools are different from back home. Their size and resources are staggering, and parental involvement is much greater.

How is her family adjusting to life at home instead of on the road? “Harry is the first child I got to be home with and it is an amazing time. It is lovely to be home. Our family routine is less of a military operation,” Kelly said.

Touring demands a strict schedule that doesn’t accommodate sick children or spontaneous play. She and Porter are enjoying the learning curve of parenting together in this new environment.

However, Kelly is not one to quit working. The Academy was her passion. “I have always wanted to do this. I also wanted to work together with Scott and do something to immerse ourselves in the community.”

Together they prepared the Academy for its debut. Porter, the master of production, “put up walls and mirrors, while I picked out more sheet music,” explained Kelly. Although she is an “eternal optimist,” and he is more pessimistic, “I couldn’t do this without him. The great thing is that I know if he comes up with an idea, he will make it happen.”

At the Academy, Kelly promises to use “new methods of teaching all aspects of voice training & performance arts.” She explained that she had three different teachers during her vocal training. While she loved them, they “were all cut from the same cloth” and trained in the classical style. 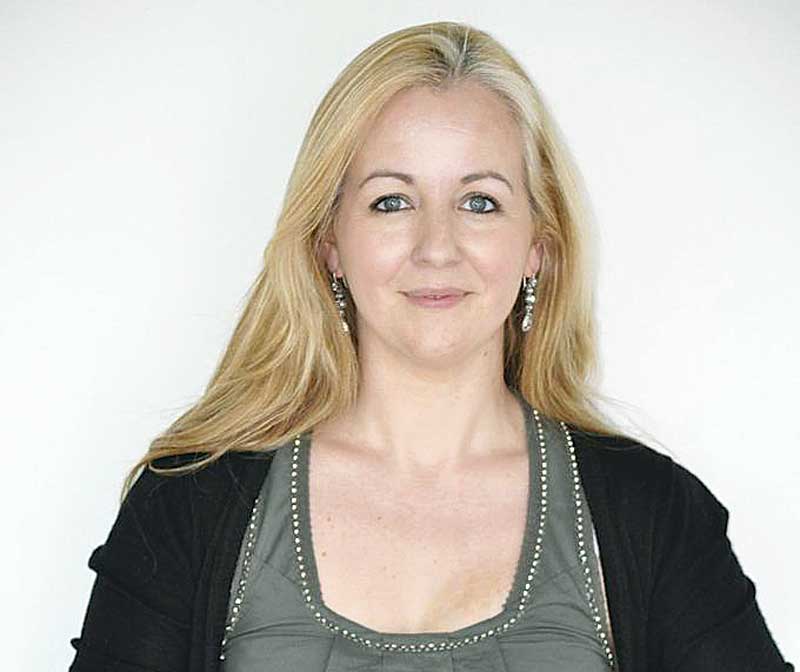 Kelly stressed the importance of not destroying what children already have by forcing a single style upon them. To be an employable singer today requires versatility. A singer has to be able to perform across many genres.

Still, technique and skills are not enough to capture an audience. It takes confidence and a love for music. Kelly has proven this throughout her Celtic Woman career. She didn’t just give technically proficient performances, she gave herself. Fans felt her emotional connection through each song, and she did it show after show. Her secret?

“I am not the most artsy person or the best technical singer. I just love music. I love music of all kinds. Even when I was physically exhausted, I would step out onto the stage and see the sheer delight on people’s faces. You never realize the impact you may have, but I just loved it.”

Yet, even Kelly felt nervous every night before performing. She aims to build her students’ confidence through semi-private group classes and a non-competitive atmosphere. The group approach, she says, promotes another important value — mutual respect. No one succeeds alone. From the musicians to the sound technicians to the setup crew, each person needs to be easy to work with.

“As Scott always says, ‘Park your diva at the door.’” So, the Academy is accepting students of varying talent levels who really want to be there to learn. Class schedules and pricing are worked out individually.

Kelly is excited about her first classes. “I knew I would love it, but I did not realize just how much.” The excitement is spreading beyond Peachtree City. Already, students travel weekly from around north Georgia and even from Jacksonville and Savannah. Such interest will only add to the lure of the area. Peachtree City has reason to celebrate its new neighbors.

[Sean Durity is a “good news” freelance writer in the Atlanta area. He and his wife are fans of Lisa Kelly and Celtic Woman. You can follow him on Twitter @SeanDurity.]