With 17 seconds left in the AAAA state championship game Lady Patriots head coach Cedric King told his players to rebound. As a matter of fact, he screamed it.

Sandy Creek battled back from an 11-point deficit in the fourth quarter to take the lead from the Lady Eagles of Columbia 37-35 with only 17 seconds remaining in the game.

Columbia’s Shaundricks Mann was fouled on the ensuing possession and hit her first free throw to cut into the lead 37-36. Mann missed her next free throw, but her teammate Miah Spencer gathered the offensive rebound with under 10 seconds to go.

Shamyiah Smith attempted a long three-pointer but air-balled as Mann gathered the loose ball right under the basket and put it back in with just 4 seconds left giving the Eagles a 38-37 lead and Columbia their third state title in four years.

“They had a winning effort and a winning attitude, just not winning results,” said King after the game. “I’m proud of these girls and I’m proud of the way they played, we just needed one rebound, just one more rebound.”

Turnovers, missed opportunities on offense, and missed free throws would eventually end the Lady Patriots season on a bitter note.

Sandy Creek only scored nine points in the first half and struggled early offensively, missing layups and turning the ball over.

“The moment was too big for us, we have never been here before and we just couldn’t get any rhythm on offense,” said King. 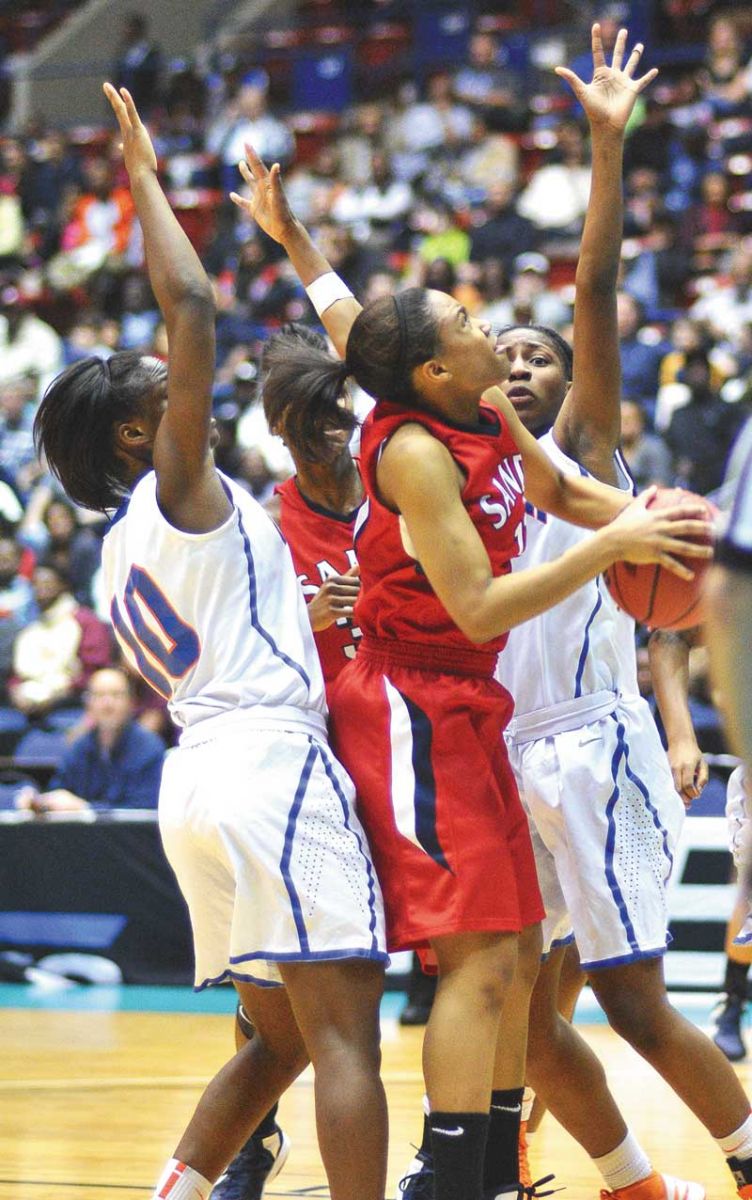 Sandy Creek tied the game at 4-4 at 5:12 in the first quarter but Columbia went on a 8-0 run that extended through the second quarter.

The Patriots found themselves down 9-16 at halftime and eventually Columbia would build their largest lead of the game, 22-11 late in the third quarter.

Junior Jasmine Jones came off the bench and gave the Patriots life in the third quarter. Jones finished with 17 points and scored nine straight in the third, sparking an 11-2 run.

“I just wish we could have got everyone involved in the game but I don’t want to take anything away from these girls. They played their hearts out,” said King.

The Lady Patriots made history at Sandy Creek by advancing all the way to the championship game. The year prior Sandy Creek made it to the sweet 16 for the first time.