Lynn Murphy, a resident of Peachtree City, has written a new novel. “The Time Of My Life,” which the author describes as “a sort of ‘The Blind Side’ for runners” is her fourth book.

The novel’s plot revolves around an African-American teenager named Derious Cooper who is at risk for failing and is on the fringes of gang activity. He is also a boy who loves to run, but his high school is without a track team. When Evan Jones, a wealthy white doctor and former Olympic hopeful whose injuries have left him unable to run begins coaching a track team on which Derious becomes the star runner, they discover that past events connect them and affect their future.

Murphy was inspired to write the book because of her own teenage sons’ interest in the sport of running but also because as a teacher she is familiar with students in Derious’ (who is nicknamed “Coop.”) position.

Murphy lived in Cordova, Tenn. for 14 years and taught in the Shelby County School system, at Shadowlawn Middle School and Bartlett High School. She learned to understand and appreciate the sport of track and field when her sons became involved in Shelby Youth Sports (SYS). While her sons excelled in distance events, there were other benefits. A number of her former students also ran for SYS and she noticed that it was a positive influence on students that were viewed as ‘difficult.” She says it gave her a positive way to bond with her students that she might never have had before.

“I taught many students like Coop who were at risk for dropping out of school or getting involved in gangs,” Murphy said. “I also saw how finding just one thing they were really interested in, whether it was sports, or music or the arts, could keep them from going that way. Sometimes they just need one person to point them in the right direction. In this story, that person is the character of Evan.”

The Time of My Life

Murphy said that she was motivated to write the book “because I get tired of seeing books that are about negative subjects and because I am so weary of seeing books about vampires on the shelves. I wanted to write a book that people would enjoy, but one that had a positive message as well.”

During the time she taught in the area, Murphy was trained by Facing History and Ourselves and took over seventy hours of professional development in teaching tolerance related issues. “I gravitated to courses involving the Holocaust,” said Murphy, who was honored by the organization twice by being awarded their Margot Stern Strom Teaching Award. “But the principles they teach apply to all areas where differences separate people. In ‘The Time Of My Life,’ there are two characters who both love the sport of running, but who come from very different backgrounds. The message is that they learn to look past the differences and find a relationship where they can help each other.” 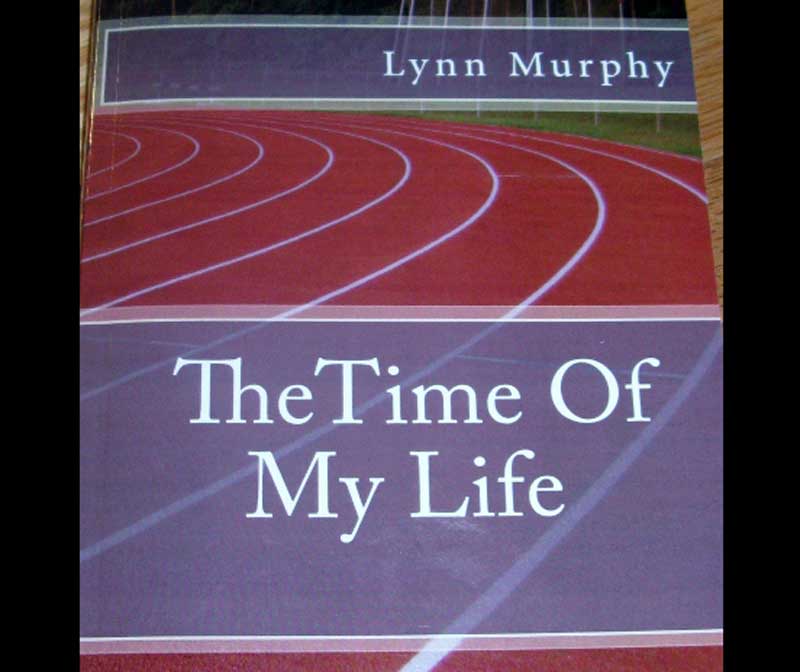 achtree City Running Club and an avid supporter of the McIntosh High School cross country and track teams, where her sons are varsity runners.