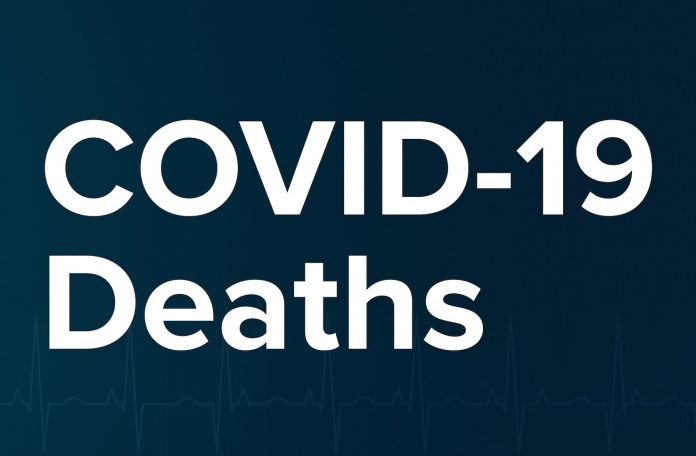 UPDATED APRIL 15 — The graphic below is provided by the Georgia Department of Public Health. It represents a running list of persons who have succumbed to the Covid-19 virus who were Fayette residents at the time of their deaths.

The list will be updated from time to time with the latest reports from DPH. The list below is current through THURSDAY, APRIL 15, 2021 (151 fatalities to this date). The most recent fatalities were as follows:

On April 9, an African-American male succumbed to the virus. He had no other underlying medical conditions.

One fatality was reported Monday, April 12: an African-American male, 42, with an underlying medical condition.

The chart below lists the age of the victim, the ethnicity, the race, the sex, the county of residence, and YES or NO as to whether the victim had an underlying medical condition, known as comorbidity. 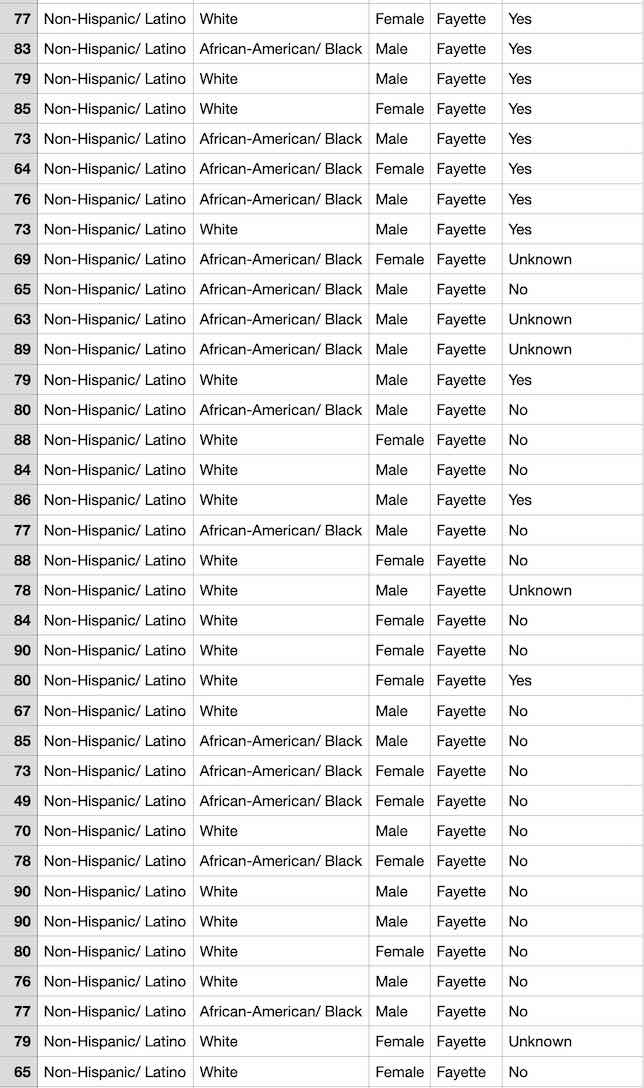 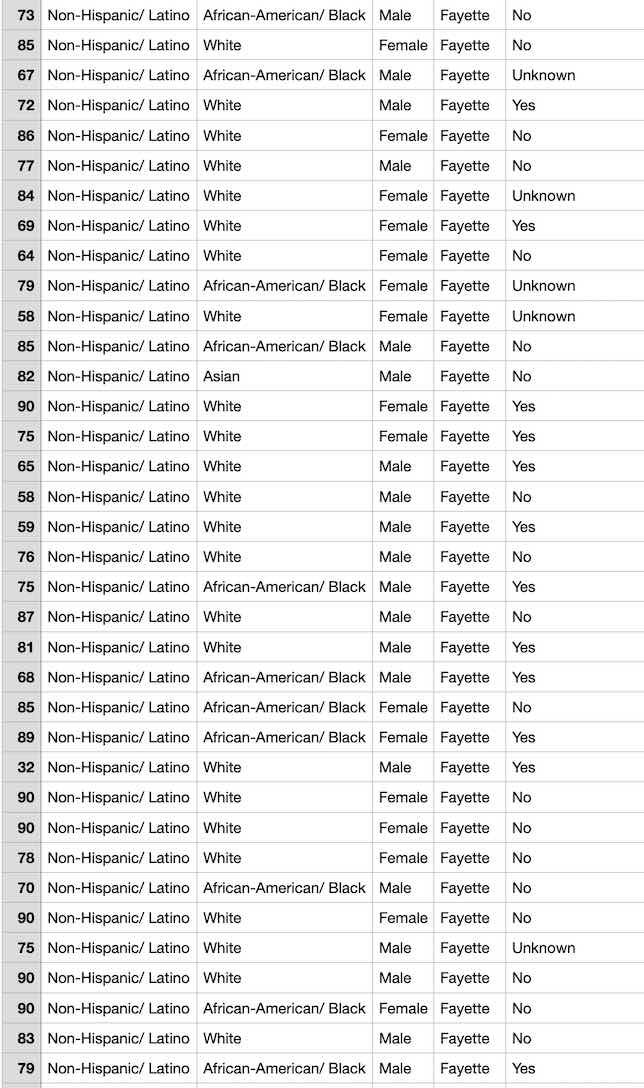 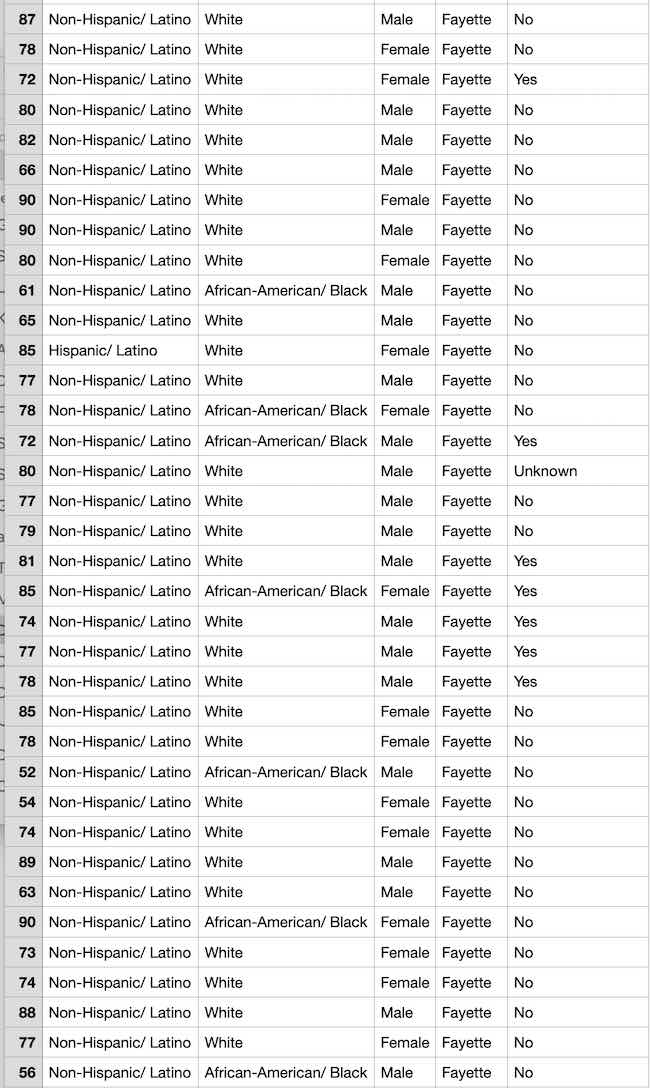 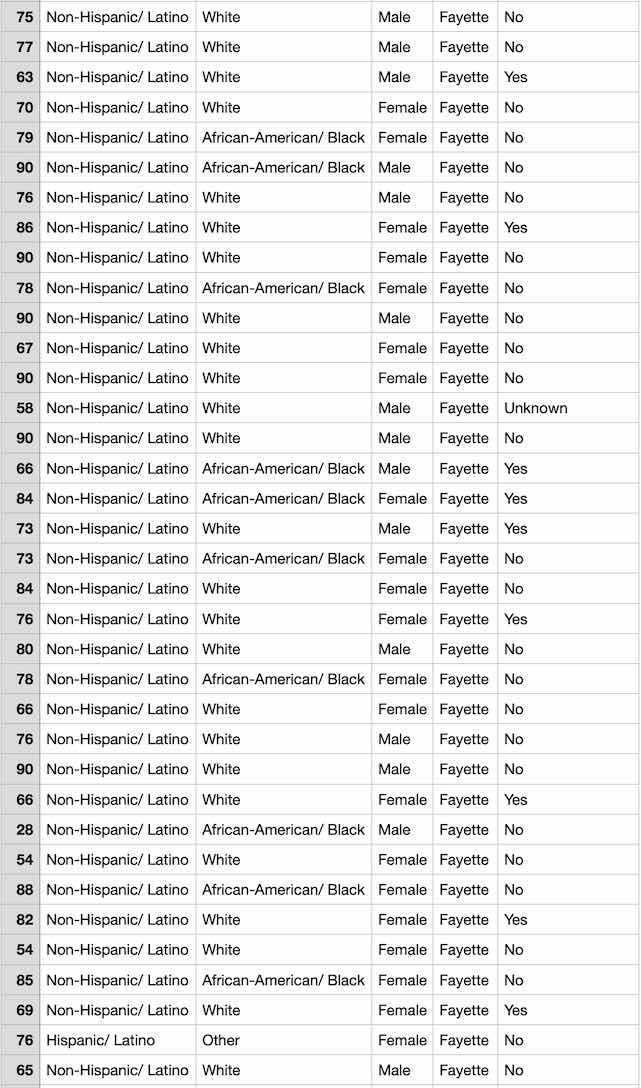