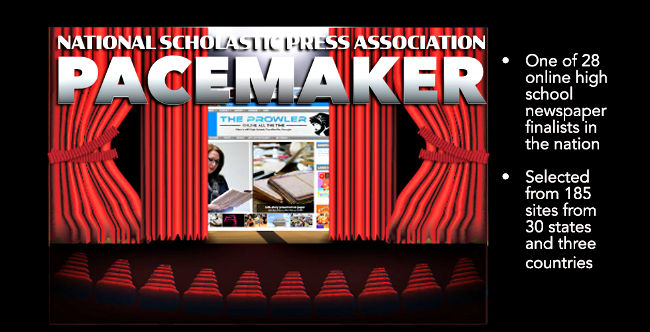 The Prowler, a student-run online newspaper at Starr’s Mill High School, is one of 28 high school newspaper sites across the nation named as a finalist in the National Scholastic Press Association’s (NSPA) prestigious Pacemaker competition.

This marks the third time in the last four years that The Prowler has been named a Pacemaker finalist under the advisement of Justin Spencer, an English teacher at the school.

The judges will continue to study the sites of the Pacemaker finalists on a frequent basis to determine the winners. The winners will be announced on April 18 at the Spring National High School Journalism Convention in Nashville, Tennessee.

The NSPA Pacemaker award has a rich tradition, the association started presenting the award to high school newspapers a few years after the organization was founded in 1921. Throughout the years, yearbooks, magazines, online sites, and broadcast programs were added to the competition.

The Pacemaker is considered as the association’s preeminent award, recognizing the best of the best.